TRENDING NOW
Why You Need to Include ULIP in Your Investment Portfolio | The Many Benefits of a Smart Garage Door Opener | Things to Keep in Mind While Buying a Medical Insurance for Family | Preparing Trees for Bushfire Season | Best Places to Hang a Wall Tapestry | Things to Keep in Mind While Comparing Business Loan Lenders | 8 Barriers To Effective Communication | Builders’ Clean – “How a Cheap Builders’ Clean Will Ruin Your Reputation”After-build or end of build | Steps To Design Your Perfect Kitchen | 4 Ways To Remove Stubborn Wine Stains Off Your Carpet! | How Much Does Monthly Pest Control Cost In Australia | Need For Chatbots in Today’s World | Things to know Before Renovating Your Kitchen | Gift Your Child the Future They Need with ULIP | 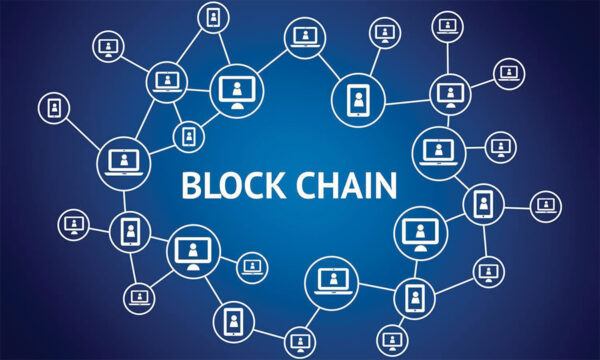 Blockchain technology, first introduced in 2008 by a Japanese national by the name Satoshi Nakamoto, had gained a widespread popularity as a disruptive tech since then. The expansion and adaptation of this revolutionary tech has traversed to a plethora of industries ranging from fintech, music, real estate, manufacturing, government, healthcare, to education.

It’s mind-boggling to track down on the increase in the value of a single bitcoin, when made a monetary comparison between its value in 2011, and that in 2019. In the former year, 1 bitcoin valued equivalent to $1, and in the latter year, it rose to a whopping $16,000. That’s really huge, and this is the kind of growth we are talking over here.

While the value of bitcoin skyrocketed over the years, the underlying technology, that facilitated the digital exchange of bitcoins, started getting recognition across a variety of other industries, alongside fintech.

Blockchain technology is a decentralized and distributed, virtual public ledger, that records the details of any kind of transaction made on its secure network. It eliminates the control of federal banks, or any third-party moderator, and allows for free digital exchange of cryptocurrencies. All of the transactional data is stored on a connected network of computers that come under the authority of the users themselves.

Rate of Blockchain Adoption Across a Variety of Industries Worldwide

Blockchain Adoption Phases Across a Variety of Industries Worldwide(2018)

As per an April 2018 Statista study, it was found that the industries having quickly adapted to using the blockchain technology, were consumer products & manufacturing, technology/media/telecom, and life sciences.

Among them, the consumer products & manufacturing sector was at the top in terms of adapting the fastest to the said disruptive tech, with 29% of respondents from the mentioned industry answering in affirmative to the deployment of it, in 2018 itself.

The same study said that 50% of the respondents from the financial services sector agreed on being in the phase of experimentation with usage of blockchain in their business operations.

5 Industries Other Than Fintech That Are Leveraging Blockchain Tech

In the supply chain sector, blockchain offers the feature of traceability, which no other technology having been able to do so, with such fine accuracy in the past. Blockchain is being employed as an advanced tech in the supply chain industry for tracking the movement of the freight with unparalleled accuracy.

Other than providing for the geographical movement of goods, it allows you gauge other critical information specific to the identification of goods, like their quantity, and origin. Professionals armed with the industry–related blockchain certifications get quickly hired in the said sector that is constantly increasing the adoption of blockchain in their operations.

In companies that fall under FMCG industry, the quality testing aspect serves as the key differentiator between them, and their immediate competition. Use of blockchain tech has helped such firms, specially the companies producing packaged food items, to effectively detect the irregularities along the operations chain.

Recording digital transactions incorporating blockchain eliminates the chances of human errors, and hence, data gets protected from tampering. Remember, records on the blockchain get verified each time they would travel from one blockchain node to the other.

Smart contracts make use of blockchain tech to offer safe operations in the exchange of property, money, information, or any other such thing that people find important to go into a contract for. The beauty of smart contracts is that they don’t require any middlemen between the two parties binded by the contract. Conventionally, banks or solicitors, played the role of the middlemen.

Governments across the world are in the phase of testing blockchain technology in conducting local elections in their respective countries. Moscow is one such city taking initiatives in this direction. Sooner or later, electronic voting system will rise to prominence, if things go as planned. The chances of electoral fraud are getting contemplated at the moment across a number of countries.