TRENDING NOW
Why You Need to Include ULIP in Your Investment Portfolio | The Many Benefits of a Smart Garage Door Opener | Things to Keep in Mind While Buying a Medical Insurance for Family | Preparing Trees for Bushfire Season | Best Places to Hang a Wall Tapestry | Things to Keep in Mind While Comparing Business Loan Lenders | 8 Barriers To Effective Communication | Builders’ Clean – “How a Cheap Builders’ Clean Will Ruin Your Reputation”After-build or end of build | Steps To Design Your Perfect Kitchen | 4 Ways To Remove Stubborn Wine Stains Off Your Carpet! | How Much Does Monthly Pest Control Cost In Australia | Need For Chatbots in Today’s World | Things to know Before Renovating Your Kitchen | Gift Your Child the Future They Need with ULIP |

US President Donald Trump says he ‘aced’ a cognitive test. Here is how netizens reacted 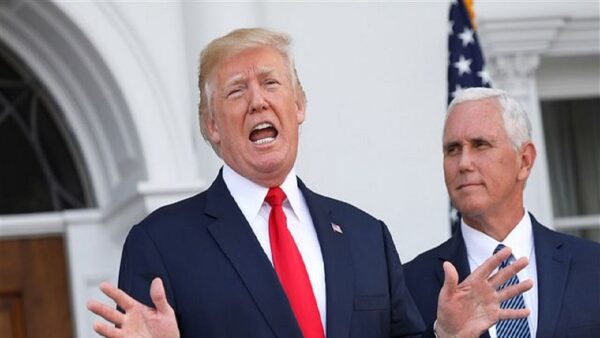 Donald Trump’s latest interview has left netizens amused after the US president boasted about having “aced” a cognitive test and claimed doctors were “very surprised” at his apparently fantastic results.

Trump, who sat down with Fox News anchor Chris Wallace for an interview at the White House, also touched on several issues such as coronavirus, Joe Biden’s plan to “defund the police” and his election campaigns.

While discussing a poll by the news channel, where voters felt that Biden had a stronger mental capacity to be president, Trump suggested that Biden take a cognitive test.

“(Joe Biden) should take the same exact test. A very standard test. I took it at Walter Reed Medical Centre in front of doctors. And they were very surprised. They said, ‘That’s an unbelievable thing. Rarely does anybody do what you just did,” Trump says in the interview.

The funniest part of this clip from Trump’s #FoxNewsSunday interview with Chris Wallace is that he confirms that he was given the test where you have to identify an 🐘 but then claims the test gets really hard after that. He’s like a 5-year-old. pic.twitter.com/EQq5QOQDOI

However, when Wallace claims that the test is easy, Trump says the television anchor is misrepresenting the test. “I’ll bet you couldn’t. They get very hard, the last five questions,” he says in the interview.

Several excerpts from the video have gone viral on social media, with netizens expressing amusement over Trump’s responses.